The Quest for the Olympic Gold-en Rule – Quit Being Stupid!

Are you feeling a little nauseated? Headache, fever and a chill? Perhaps just an occasional pain in your tummy that comes with an auditory groan? Have you been watching the Olympics on NBC?  Okay, now I see what the problem is. Olympic fever. In a few days, you’ll feel better.  In the meantime you can distract yourself by watching something light like, “The Night Of” on HBO. (That’s a joke, it’s very good, but really heavy.)

I, too have been watching the Olympics on NBC. Initially, I didn’t think I cared, but actually I’ve been enjoying most of the coverage. Yes, I’ve even watched women’s volleyball which I normally detest. Those ladies are really good!  If you’ve been keeping up with social media, you may have noticed folks getting bent out of shape over the treatment of women during coverage of many events. You’ve probably heard of Katie Ledecky, “the male Michael Phelps.” Oh boy…that’s no good. Are you a fan of Corey Cogdell? She’s the wife of a Chicago Bears player. Oh, and she also won a bronze medal in trap shooting.

I didn’t even know trap shooting was a thing. Here’s an informative video:

This treatment of women is awful, archaic and chauvinistic. I’d also like to bring up Simone Manuel. I actually watched her win the gold medal. It brought tears to my eyes how excited and shocked she was to have won. What an achievement for anyone! One of the first questions NBC asked her was how it felt to be the first African American female to win an individual swimming medal. Of course she said she was proud and took inspiration from others before and hopes to offer inspiration to future swimmers. Good answer. I realize this may not be the popular opinion here, but can’t we let her have a moment to enjoy her victory as an American? I feel like if we keep putting labels on everyone, we are going to remain separate from one another. Do we call out if a winner is an Italian American or Chinese American? No. I realize it’s an historical event and we should definitely talk about it…in a few minutes or even the next day. Give her a chance to enjoy her win as Simone.  Geez. And I can’t even talk about how we’re making fun of how a woman athlete looks during competition. That’s inexcusable. Shame! Shame!

I digress…back to NBC. First, I’d like to start out by saying I love Bob Costas. I think he’s one of the best interviewers in the business. He once had a late night talk show where he interviewed celebrities. Sports and non-sports people. His questions were so interesting.  Why was that ever cancelled?  Maybe I was the only person watching it.

Okay, we’ve got that out of the way. During the first week of the Olympics, I tuned in when I had free time, mostly in the evenings. Here’s what I noticed…the broadcast was very America-focused. I was only seeing events where Americans were top contenders. Usually the events I saw ended in an American winning a gold or silver. The only medal ceremonies I saw were for Americans. This made me wonder if Americans were winning every single gold medal.  I looked into it and no, Americans did not win every event. Was NBC broadcasting these events for ratings? As a fan of the Olympics I was interested in seeing anyone win. I didn’t care what country they were from. Since I’ve been watching the coverage I have seen one medal ceremony that was not for the USA. ONE!  That’s nuts!

Did you see Usain Bolt win his third gold medal in the 100-meter run? He’s the fastest man on the planet three times over. I didn’t see him receive his gold medal. He’s pretty famous and they sure made a big deal about him before the race. I also saw Max Whitlock from Great Britain win the gold medal in men’s floor exercise, while Diego Hypolito and Arthur Mariano from Brazil took silver and bronze. I had no idea who these guys were, but I was thrilled for them. They were ecstatic. Jumping up and down, crying, laughing…it was a pleasure to watch. No medal ceremony. What the heck? 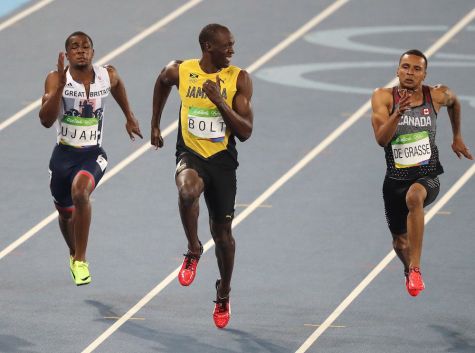 After voicing my concerns to Steve (my charming husband) he mentioned that Olympic events are televised on other channels. I wasn’t able to find much. We watched about an hour of golf on the Golf Channel. (Go figure.) I was glad to see this broadcast was not focused on the Americans, but more on the leaders in the competition. Honestly, I NEVER watch golf on TV, but this was pretty interesting. I’m not sure who won. The gentleman from Great Britain was in the lead when I tuned out. I mean, c’mon, it’s golf.

Over the weekend, I did see an improvement in NBC. I saw some backstories on athletes other than Americans, which was refreshing, but no medal ceremonies. This seems like encouraged poor sportsmanship to me. Are we only interested in events where our country is the best? That’s not the spirit of the Olympic games. We are supposed be celebrating the best athletes the world has to offer. Certainly an American win offers a sense of pride, but we should also encourage and cheer for other countries. And for pete’s sake! Let’s treat the women with a little respect!  Bob Costas told me that 53% of the American Olympians are women. That’s the most in Olympic history.

Bottom line: We are all human beings and we are all capable of achieving great things. We should embrace every victory from every country, every woman and every man.  And, of course, Bob Costas. 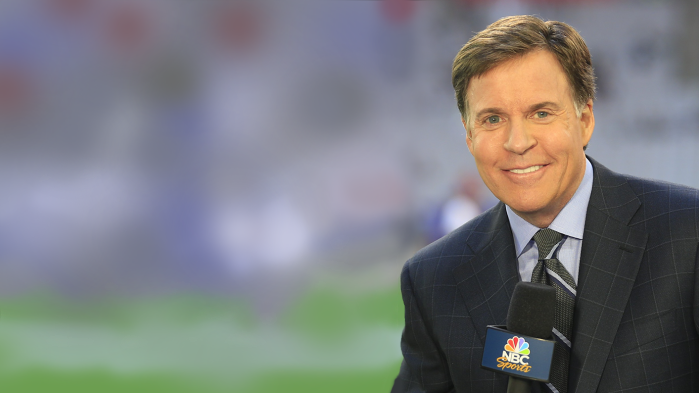