We Could Be Heroes, Just For One Day 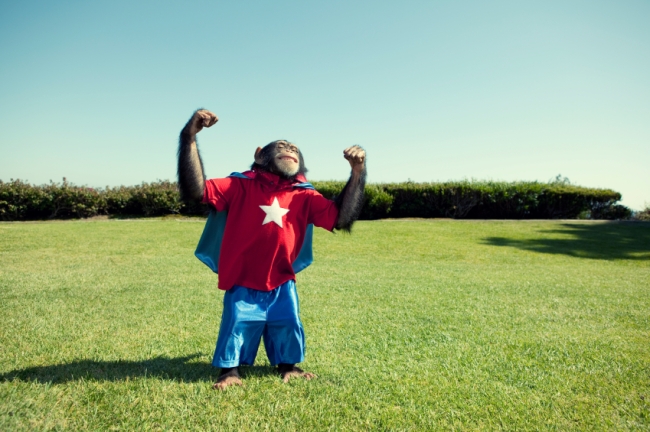 Has anyone ever asked you who your hero is? I’m guessing yes. I’ve been thinking about heroes lately. What is a hero? Someone who saves lives? Someone who changes lives? Is a hero someone you know, or can a hero be a stranger to you? Hmmm…let’s think about this for a moment.

When I think of the word, “hero” I immediately think of Spider-Man. Why Spider-Man? Well, my big brother is a big fan of Spidey so I’ve had a lot of exposure to the famous Web-Slinger over the years. I know my brother thinks Spidey is pretty cool, but he really relates to Peter Parker. Peter is a regular guy who’s actually pretty shy who lives on the fringes. He does “amazing” things as Spider-Man but never accepts the credit. He just goes on living his life as Peter Parker struggling to make emotional connections with the people he loves. Interesting.

Ok, back to real life. When I discussed this topic with my husband, he mentioned Joe Walsh as a hero of his. Being the nosy gal that I am, I asked why. I will paraphrase here: Joe Walsh is a crazy guy with a reputation of being wild while on the road. You should be picturing TV’s falling from windows and the sound of chainsaws at 4 o’clock in the morning. He’s a phenomenal musician that has inspired other great musicians. My husband was fortunate enough to meet Joe Walsh on a few occasions and was really quite moved by the experience. Joe Walsh is a nice guy who happens to be very talented and famous. You may or may not know that Joe Walsh had some trouble with addiction. With the help and encouragement from his pals in The Eagles, he finally got clean. It was difficult for Joe to perform sober, but he pushed himself to overcome his fears. Now he’s playing and singing better than ever and his fans are delighted. A talented musician who overcomes an addiction in a very public way with positive results…a hero?

Many people I’ve talked to have cited a parent as a hero. One of my friends told me about her Mom that recently passed away with dignity and grace. That sounds heroic to me, for sure. I think I could say my Mom is a hero to me. As I mentioned before, my parents were divorced when I was pretty young. My Mom was left with a house, a car and two kids on a teacher’s salary. After struggling financially for a few years, my Mom sought out a better job closer to Chicago. She took a big risk moving us so far away, but it was the right move. My brother and I went from Catholic schools to public schools. We didn’t live in a fancy house, but what we had was okay. My Mom worked hard at her new job and we still struggled to get by. Even through years of hardship, my Mom kept us laughing. We would sing songs and be silly when we could. It was a nightly challenge for me to make my brother laugh uncontrollably at the dinner table. My Mom sacrificed a lot to make life better for us and she never complained about it. You hear horrible statistics about kids from a broken home. They’re all on drugs or pregnant or both! My brother and I both turned out to be kind, responsible adults. We never got into trouble at all. I feel like that is a reflection on the upbringing we had. Mom, a hero? Huh…yeah, probably.

And what about Mother Teresa? She dedicated her life to helping others. And Jesus? He preached what he believed in to help others get closer to God and to be better people. He was killed because of it and many people believe that he rose from the grave, walked again on Earth and then ascended into heaven. Whether you believe that last part or not, Jesus made a huge impact on the world. The Pope may even be a hero to some as he is embracing tolerance and change within the Catholic Church. There are even political leaders who may serve as heroes like Martin Luther King, Jr., Bobby Kennedy, Jimmy Carter or Barack Obama. They have certainly opened doors and encouraged positive change as well.

The brave men and women who serve in our Armed Forces come to many people’s minds as heroes. They defend our country here in the U.S. and abroad, risking their lives for the good of the many. Then there’s Babe Ruth, Joe Dimaggio, Walter Payton and Michael Jordan. They are superstars in their sports and inspired hope in many spectators. And of course our musical heroes like Michael Jackson, Elvis Presley, or my personal favorite, Billy Joel.

When I think about these people, especially people I don’t personally know, I wonder what a hero technically is. If you know me, you know that I am a big Billy Joel fan. He’s been my favorite singer since I was a kid. When my friends hung pictures in their lockers of New Kids On The Block, I had Billy Joel. Is he a hero of mine? I can’t say that he is. I admire and respect him very much and I can sing any of his songs, including humming the solos, but I don’t see a hero there. Sorry, Billy. I also respect and admire all of the people I mentioned above, but I find it hard to give someone the title of personal hero. A hero to society or the world? Yeah, probably.

Recently, I was talking with my husband about the heroic qualities he possess like a genuine and sincere concern for others, patience in frustrating situations, his loyalty to the one’s close to him, and his deep love and care for animals. I waited for him to tell me all of the great things about me, but he was busy eating. He said that I am a hero to our cat, Sadie because I rescued her from certain doom in a shelter. Well, at least my cat thinks I’m great…some of the time. All joking aside, I do feel that I possess heroic qualities. I frequently do nice things for other people in secret, I am a great listener and I try to be a good person. Perhaps instead of trying to be a hero or looking for a hero, we should look for the heroic qualities found in all of us. Well, most of us. Sometimes a little bit of “hero” can go a long way and can affect many people. Chad Kroeger wrote, “And they say that a hero can save us, I’m not gonna stand here and wait.” We need to stop looking to others to be our savior or hero and step up to save ourselves with “heroic” actions and words. That may not mean picking up a gun, writing a hit song, or making a speech, but merely offering a supportive shoulder to someone in need or providing a succulent tuna dinner to a friendly kitty. So, I say be heroic every day. It will change your life and the lives of those around you in a profound way, I promise. It’s quite simple, be a good person. Be like the friend, sister, husband, Mom, son or co-worker that you cherish in your life. Heroically lead by example, you’ll be amazed by the positive results. You’ll be surprised at how easy it is to be a good person and how good you feel. As for me, duty calls. Sadie is ready for a snack. Up, up and away!